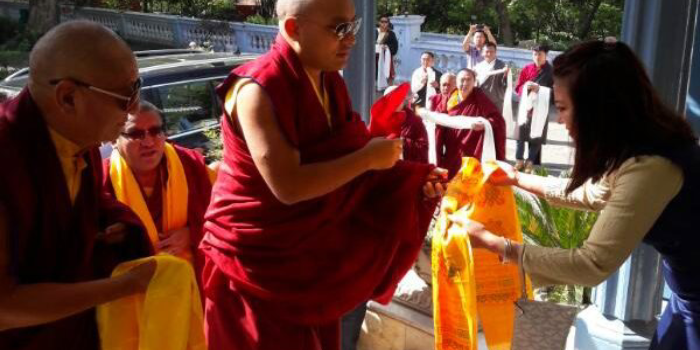 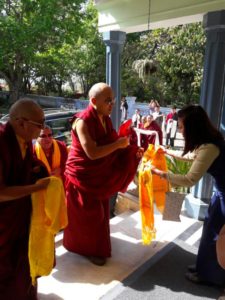 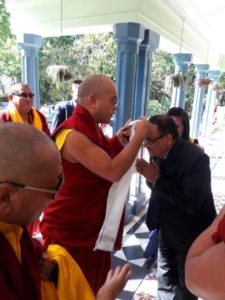 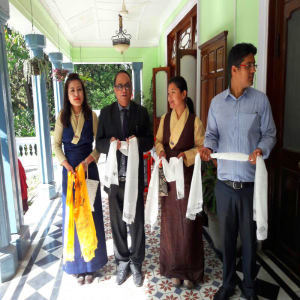 Tsechu Lama Dance are held at Tashi Jong Khampagar Buddhist Monastery every year. There are a few occasions of grand Sanghas Sadhana Assembly called Drupas at Tashi Jong, which has Garcham or Lama Dance. The Tibetan word Gar means drama and cham meaning lama dances. This is a tantric meditative practice adopting the form of very special dances, where the practitioners perform in full costume according to each particular ritual. The gestures, song, music and costumes all harmonize the various aspects of the practice.

khamgar druk collegeThe week long grand Tsechu puja in the second lunar month with the Lama Dance program at Tashi Jong is one of them .The Tsechu Lama Dance is to celebrate the birth of the great Buddhist Maha Siddha Guru Padmasambhava. These dances originated from visions of Guru Padmasambhava and his eight emanations by the 17th century 3rd Khamtrul Rinpoche, Kunga Tendzin. They may be viewed by the general public.
It is performed to bring peace, happiness and wisdom to our world at this time of great need for these things. Guru Padmasambhva has a superior power of blessing by his vow to protect beings in the dark era and of his full accomplishment in compassion and wisdom.

There are so many different kinds of lama dance peformed during the week. On the first day there is the Black Hat dance and also a Dakini Dance for cleansing and remove obstacles. On the second day, there are the Wheel of Protection and Blessing Dance, Five Dakini, Four Daka presentation and the Eight Emanations of Guru Padmasambava . On the third day, there are the Yamantaka Black Hat, Wrathful Guru Padma Sambava, Four Skeletons of Wrathful Activity, Four Female Guardians etc.

November 21, 2018 By admin Taragarh No Comments